Helma's inspiration comes from living at the edge of Boundary Creek Marsh, a place so seminal to her attitude towards her subjects.  The marsh, a microcosm, is  a paradise hidden from view and known to be populated by the ‘Little Folks’ and birds, turtles, moles, mice, muskrats, beaver, heron, Kingfisher… to many to list here.

Over a decade ago she opened her seasonal Fine Art Gallery at Boundary Creek, better known today as H. RogueRaiders Studio Gallery, in the Town of Winnipeg Beach on the westshore of Lake Winnipeg.

She is proud recipient of the Prairie Ocean Lunar Award 2007,  nominee – Travel Manitoba 2004 Innovative Tourism Award (Individual) for the WAVE Artists Studio Tour and recipient of numerous Manitoba Arts Council awards. Her artwork is in collections around the world.  Visit the artist’s portfolio to get a glimpse of the extent of work Helma produced, including new works for sale.

She is a founding director of WINNBAC Co-op Inc. and the initiator and coordinator of the WAVE Artist Studio Tour since its inception 2002.

Helma’s journey as painter, long and diverse, has entered the realm of whimsy. Her drawings, ‘ueber and small coddiwomples’, reveal an attitude of frantic dance, humor and a vivid imagination.

Jim Watson’s spirit is present in her studio and surroundings although he passed on in 2014. Mitzie the black cat with the shortest legs in town is presently her #One companion. 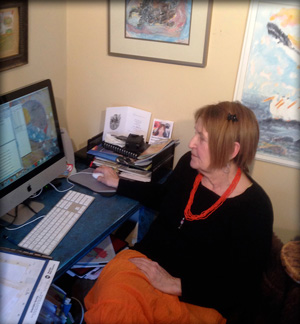 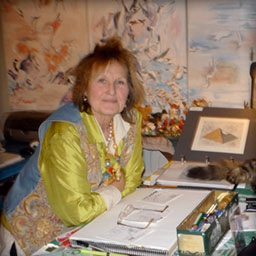 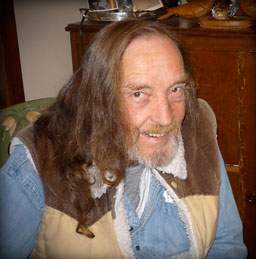 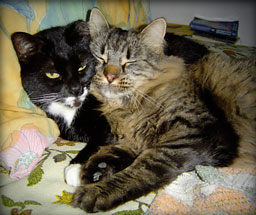 Boris and Sammy the cats